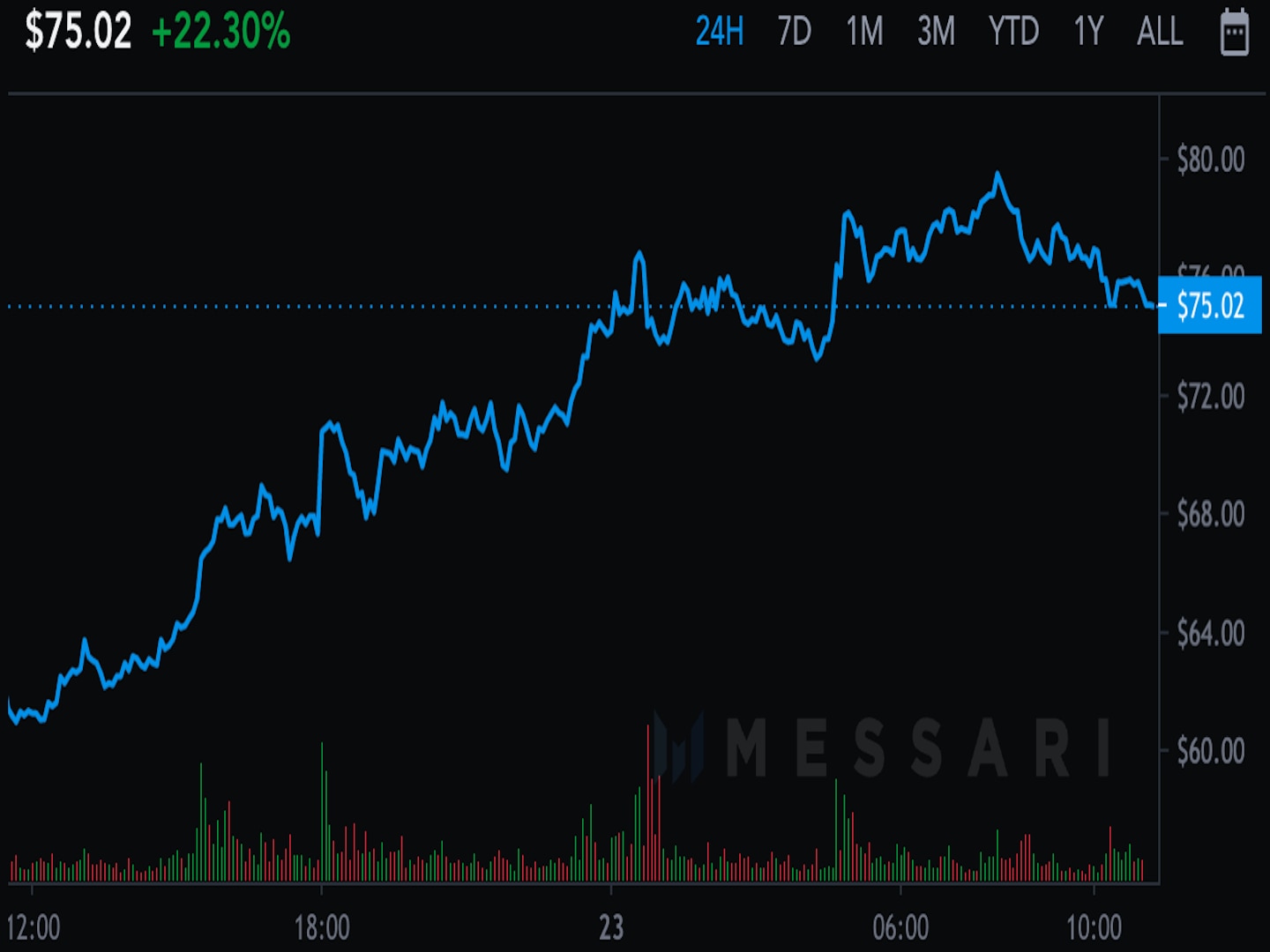 The crypto market is bouncing alongside equities Thursday, a day after the Federal Reserve announced monetary policy in the U.S. is about to become a lot tighter.

While bitcoin and ether are trading 1% higher over 24 hours, prominent alternative cryptocurrencies like ADA, SOL and LUNA are up between 6% and 25%.

AVAX, the native token of the Avalanche open-source platform, added 24% to hit a record $79.58, according to data from Messari.

Altcoins are outperforming bitcoin on the way up having taken a relatively bigger hit during the sell-off earlier this week. The price action highlights bitcoin’s long-held status as a crypto market haven, given its superior positioning and market cap. The cryptocurrency’s price is a lot more stable than most altcoins.

“The added volatility of a lesser known coin makes it much more risky and so they tend to fall a lot harder when things are moving down and rise much sharper on the way up,” said Mati Greenspan, CEO of Quantum Economics.

S&P 500 e-mini futures also traded in positive territory, adding as much as 0.5%.

The Federal Reserve on Wednesday said it will prepare the ground to possibly start phasing out some of the stimulus program support that it has given during the pandemic.

Fed Chair Jerome Powell also said that the quantitative easing (QE) program would likely be tapered completely by mid-2022. Currently, the low interest-rate environment and QE in the U.S. adds to bitcoin’s appeal as an inflation hedge, according to Matthew Lam, research analyst at Aspen Digital.

“We believe BTC continues to gain institutional appeal as a hedging asset and the end of QE next year is not likely to become a major driver of BTC price,” said Lam.