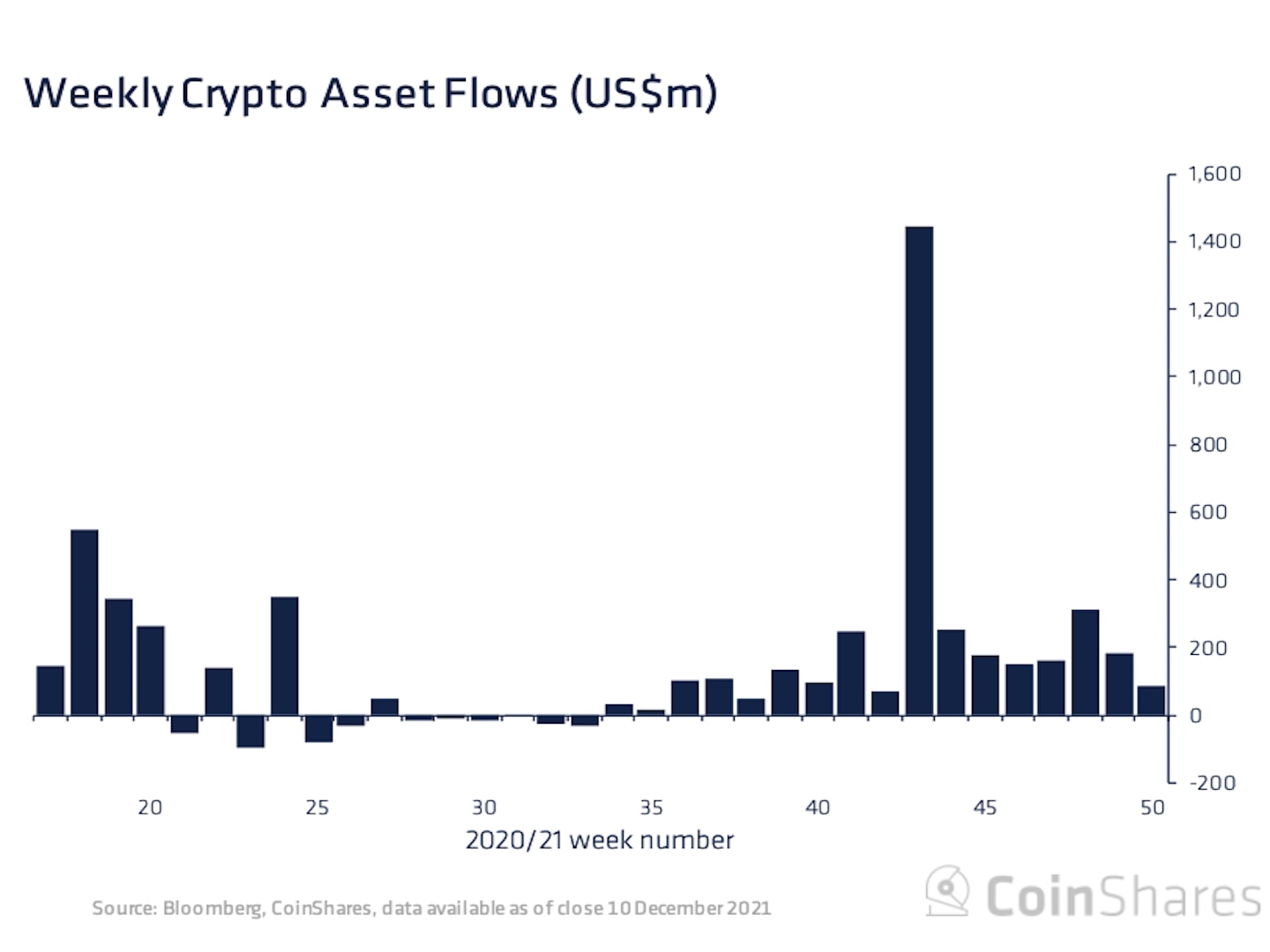 The inflows into crypto funds during the week ended Dec. 10 compared with $184 million the prior week, according to a report Monday by CoinShares.

Funds focused on bitcoin, the largest cryptocurrency, accounted for the bulk of the week’s inflows, at $52 million. The prior week, bitcoin-focused funds saw $145 million of inflows.

Bitcoin is down 26% in the past 30 days, suggesting investors continue to see the price weakness as a buying opportunity – but at a slower pace.

This week’s inflows consisted of very mixed flows across assets, the report from CoinShares noted.

Solana (SOL), the blockchain-based smart contracts platform, saw inflows of $17 million. SOL is down 35% on the month after reaching an all-time high in November.

Tron (TRX), saw $15 million worth of inflows. Crypto funds focused on the multi-purpose blockchain platform now have an asset-management total, at $92 million, above that of Cardano’s $68 million, according to the report.