Bitcoin (BTC) and ether (ETH) were little changed over the past 24 hours, though currencies associated with Solana and Polkadot – both alternatives to the Ethereum blockchain – were outperforming along with gaming tokens like Axie Infinity’s AXS.

Bitcoin was down 2% in the last 24 hours. The price briefly dipped Wednesday after the U.S. Federal Reserve’s announcement of a plan to taper, or cut back, its $120 billion monthly in bond purchases starting this month.

The world’s largest cryptocurrency by market value dropped as low as $60,530 at around 6:00 p.m. UTC on Wednesday, but recovered shortly and traded back above $63,000.

“The fact that bitcoin is consolidating in a range just under its all-time high is significant,” said Jason Deane, analyst at Quantum Economics. “This sets a strong support for the next move upwards. The longer it remains in place, the more confidence the market has that it will hold.”

The number of bitcoins on exchanges is at its lowest in three years, suggesting investors are not willing to sell.

“Supply on exchanges continues to fall as fast as the asset’s fundamentals continue to improve, inviting a bullish outlook,” said Deane. 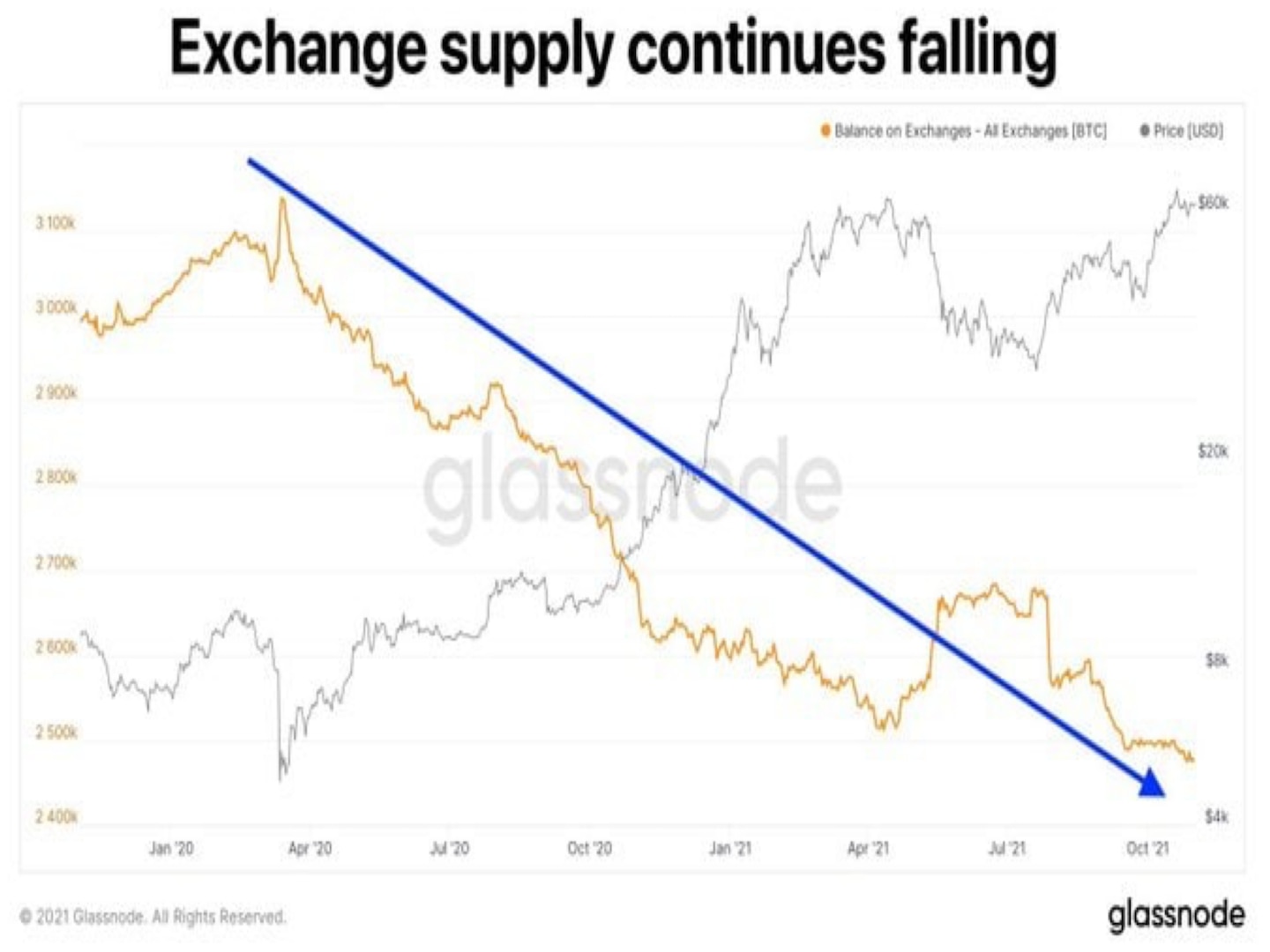 “This is a reasonable price correction,” said Du Jun, co-founder of Huobi Group, in an email to CoinDesk. “The price is still at a high level, and the trading volume is at an average level.”

“Currently, it is a very mixed market, with coins moving pretty uncorrelated from each other,” said Patrick Heusser, head of trading at Crypto Finance AG. This presents more trading opportunities, Heusser said.

With gas fees rising on Ethereum by 2,300%, investors have piled into coins associated with so-called layer 2 solutions that offer faster and cheaper transactions, according to a separate CoinDesk report.

“There’s a bunch of ETH look-alikes,” said Paul Eisma, head of trading for the crypto firm XBTO. “Solana has definitely taken the lead.”

All-time highs for SOL and ETH helped push the combined market cap of all cryptocurrencies above $2.75 trillion for the first time on Wednesday, according to data from CoinMarketCap.

Play-to-earn tokens also experienced an uptick in price over the last 24 hours. Axie Infinity’s AXS token is up 11%, trading just below its all-time high of $162, and The Sandbox’s SAND reached an all-time high on Tuesday.

This sector as a whole is expected to continue to benefit from the inflow of capital and the growing interest from mainstream vendors, according to Denis Vinokourov, an independent crypto analyst. He said in a LinkedIn post that “a whole host of names are trying to come up with their own versions of ‘metaverse’ and incentive programs.”

Vinokourov attributes Axie’s latest gains to the launch of Katana, a decentralized exchange that allows users to easily swap between the various assets within the Axie Infinity ecosystem. Users can now trade among Axie Infinity, Smooth Love Potion (SLP), USD coin (USDC) and wrapped ETH (WETH), according to the press release.