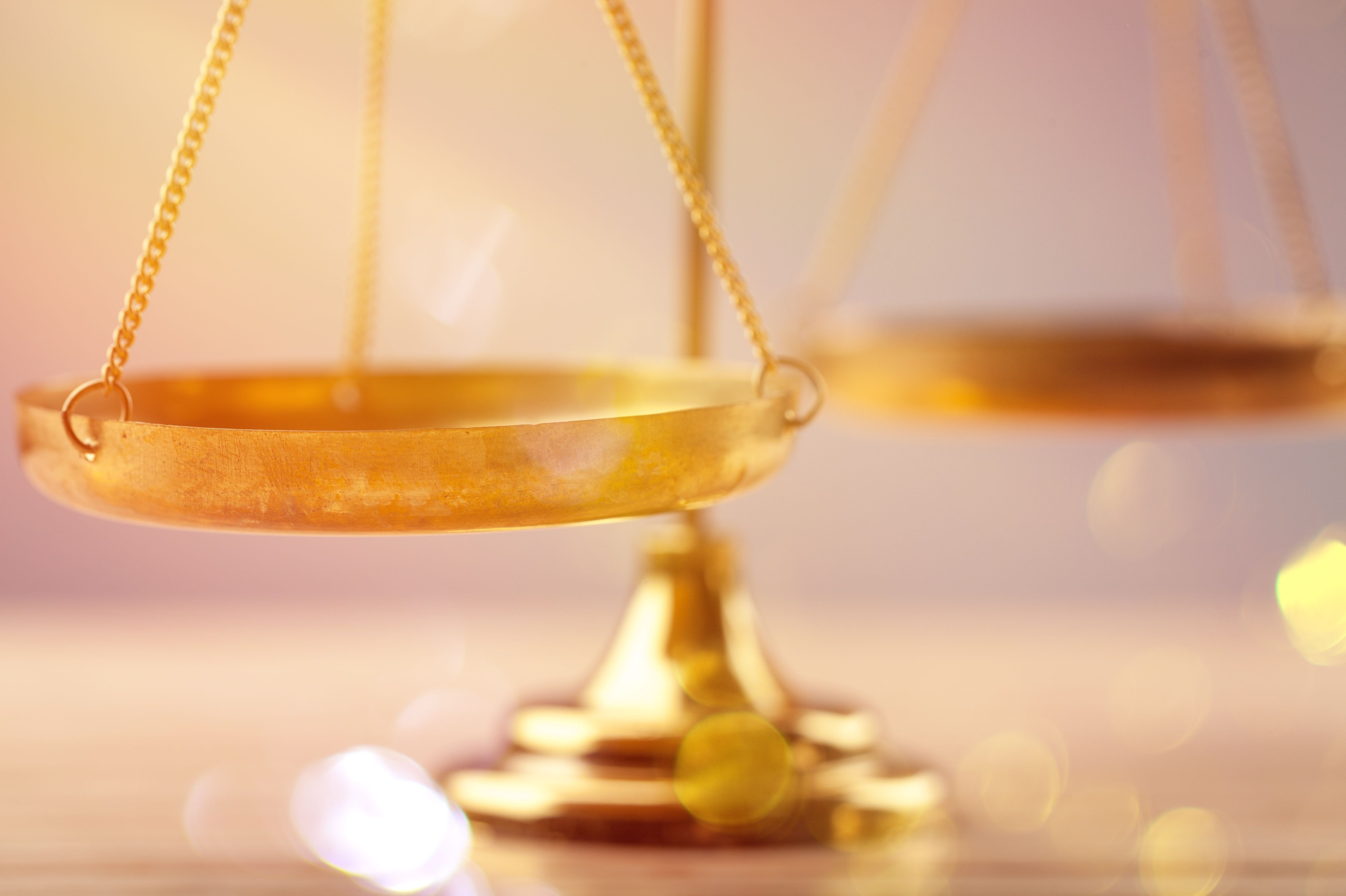 MIAMI — A federal civil trial over the potential ownership of 1.1 million BTC — worth about $66 billion — was interrupted on Tuesday when the defendant in the case, Dr. Craig Wright, an Australian man who claims to have invented the cryptocurrency, was accused of witness intimidation.

Just as Wright’s attorney was arguing that an expert witness testifying against Wright shouldn’t be allowed to use the word “fraud,” Wright posted in a private group on the messaging app Slack, “You know you can sue ‘experts’ who give misleading [testimony].” They shouldn’t make statements of fraud where there is no evidence of intent, he wrote.

Wright apologized, and the case continued.

The next morning, though, the plaintiffs’ attorneys dug up an earlier Slack message posted by Wright. Referring to Jamie Wilson, a former executive at several of Wright’s companies, who had appeared in a video deposition earlier in the trial, Wright had posted, “Jamie was put on notice a few weeks before his testimony that we are planning to sue him for fraud.”

Wright’s attorney’s said the comment referred to a different legal dispute and countered that Freedman had been making his own online posts – on Twitter, he’d seemed to endorse a comment that mocked Wright.

Judge Beth Bloom put an end to the bickering, saying she would not be policing online comments unless they were affecting the jury.

This is the third week of a federal civil trial in which Wright is being sued by the estate of David Kleiman, represented by Ira Kleiman, a Florida man who alleges that his now-deceased brother helped Wright invent and mine bitcoin.

It is undisputed that Dave Kleiman and Wright were friends, but the case hinges on whether their relationship amounted to a business partnership.

Wright, a computer scientist and businessman, met Dave Kleiman — a military veteran turned computer expert confined to a wheelchair in Palm Beach Gardens, Florida — online. Wright claims to be the author of a famous white paper on which bitcoin is based. The paper was posted online in October 2008 by someone under the name “Satoshi Nakamoto.”

Who exactly is behind the Satoshi Nakamoto pseudonym is one of the modern world’s great mysteries; messages from associated accounts stopped in 2011, and 1.1 million BTC in an associated wallet has never been cashed out in dollars or moved. Wright first claimed to be Satoshi in 2016, but many skeptics deny this claim.

Read more: Why Are We Still Debating Whether Craig Wright Is Satoshi?

After Dave Kleiman died in 2013, his colleague and friend Patrick Paige forwarded Ira Kleiman an email from Craig Wright, claiming that Dave had been involved in creation of bitcoin.

Ira Kleiman sought more details from Wright, and the two were initially amicable. But over time, Kleiman became suspicious, their relationship soured and Kleiman filed suit in 2018. He alleged that Wright forged documents and transferred bitcoins and intellectual property assets in which Dave had an interest to himself or his own companies.

The lawsuit alleges fraud, civil theft, unjust enrichment, misappropriation of trade secrets and more, and has demanded judgment against Wright for damages in the amount of “at least $11,427,755,048.02 and/or return of the wrongfully converted bitcoins with their forked assets,” plus the value of intellectual property, punitive damages and attorney’s fees. The bitcoin at the heart of the dispute is now worth about six times more than it was when Kleiman filed the lawsuit.

The court case focuses on hundreds of emails, tax records and other documents that indicate Wright moved assets among various entities around the world. Sometimes Wright referred to Dave Kleiman as a partner; other times, he downplayed his involvement.

Authenticity of documents called into question

Dr. Matthew Edman, Director in the Cyber Security & Investigations practice at Berkeley Research Group, began testifying Monday afternoon and continued most of the day Tuesday. He explained that he looked at dozens of documents, examining their content, metadata and cryptographic signatures. His testimony focused on ten that he deemed forgeries.

Documents that were purportedly created in 2011, 2012 or 2013 had time stamps showing they were not created until 2014, Edman testified. One document referenced a Bitmessage ostensibly from 2012, but Bitmessage creator Jonathan Warren testified last week that the social messaging program was not publicly available until months after the message was purportedly sent.

Another document was written in a Microsoft font, but according to Edman, the font did not yet exist at the time the document was dated.

On cross-examination, Wright’s attorney Andres Rivero tried to poke holes in Edman’s credibility, arguing that any alterations to documents were not necessarily made by Wright, that metadata can be unintentionally modified when saved or transferred and other such points.

The Wright defense takes over

On Tuesday afternoon, the plaintiffs rested their case and the defense began calling witnesses. Attorneys for Wright began their defense by seeking to downplay Dave Kleiman’s skills, health and importance in Craig Wright’s life.

Kevin Madura, a cybersecurity expert and Senior Vice President at AlixPartners,LLP in Washington, D.C., was called to testify late Tuesday and continued on Wednesday. He laid out a timeline of the development of bitcoin and described Dave Kleiman’s computer expertise. He indicated that Kleiman did not know how to code.

On cross-examination, however, Madura conceded that he’d only looked at a resume of Kleiman’s that had been provided to him by Wright and that it was possible Kleiman had taught himself to code.

He added that he was not offering an opinion about whether Dave Kleiman could have contributed to the development of bitcoin outside of coding the software.

Next up was Nicholas J. Chambers, a digital forensics expert and Senior Vice President in the Investigations, Dispute and Risks practice at AlixPartners. He explained how computer files are organized, likening them to a library card catalog that has shelves and books in a certain order. “If you throw out the card catalog, it’s hard to tell what was there, where one file ends and begins, how the shelves were organized,” he said.

After Dave Kleiman died, Ira Kleiman had reformatted his brother’s hard drives, leaving 13 of 14 drives with overwritten data and similarly messing up the files, he testified.

“He was always writing papers,” she said. He’d once asked her to do research about how bitcoin could be taxed, but didn’t recall him ever saying he was mining bitcoin and didn’t have specific knowledge of his bitcoin holdings, business dealings or net worth. She had been a shareholder at W&K Info Defense Research, a business set up with Dave Kleiman to get work contracts in the U.S.

Once, she and Craig had met with Dave Kleiman in the Orlando area, where they traveled for a conference. “We met with him for supper or even to sit around and chat and have drinks, that sort of thing… They had a mutual admiration club going on there.”

After her testimony came a video deposition of Don Lynam, Wright’s maternal uncle, who’d been in the Australian Air Force and then worked in software development. “Back when Craig was doing cryptography work, he sent me papers,” Lynam said.

One of them described a system of digital money. Lynam said he understood it to be an early draft of what would become the bitcoin white paper. He described it as highly technical and poorly written with a “lot of mathematics and graphs.”

Lynam was aware that around 2009, Wright needed an extensive network of computers to run nodes to verify bitcoin transactions. While Lynam assumed Wright would have had some help with his project, Wright had never mentioned working with Dave Kleiman. Lynam only heard the name later, looked online and saw he’d co-authored some books with Wright.

“Craig did not discuss, in any way that I can recall, Dave Kleiman – [not] in writing this book nor up to and during the bitcoin thing. He absolutely did not,” Lynam said.

The day closed out with Dr. D. Stewart MacIntyre, Jr., a medical doctor who testified that, because Dave was a paraplegic following a motorcycle accident, he suffered from bedsores and infections and other problems, and except for a few days, was confined to a hospital during the last years of his life.

MacIntyre’s testimony is expected to continue on Thursday.