The week is just beginning and the cryptocurrency community is hoping to see some crucial milestones being achieved by major digital currencies such as the leading digital currency Bitcoin (BTC) and Ethereum (ETH). Along with these two biggest crypto assets, there are some other cryptocurrencies that need to be watched in the current week as they may show good price action. Let’s analyze what’s the current performance of these digital assets.

XRP is currently holding the fifth spot with a market capitalization $25,167,770,641 according to the data from CoinMarketCap. It was supposed to hold the third spot but it had to push down as its parent company caught itself in a legal fight with the United States Securities and Exchange Commission (SEC) which devastated this digital currency. 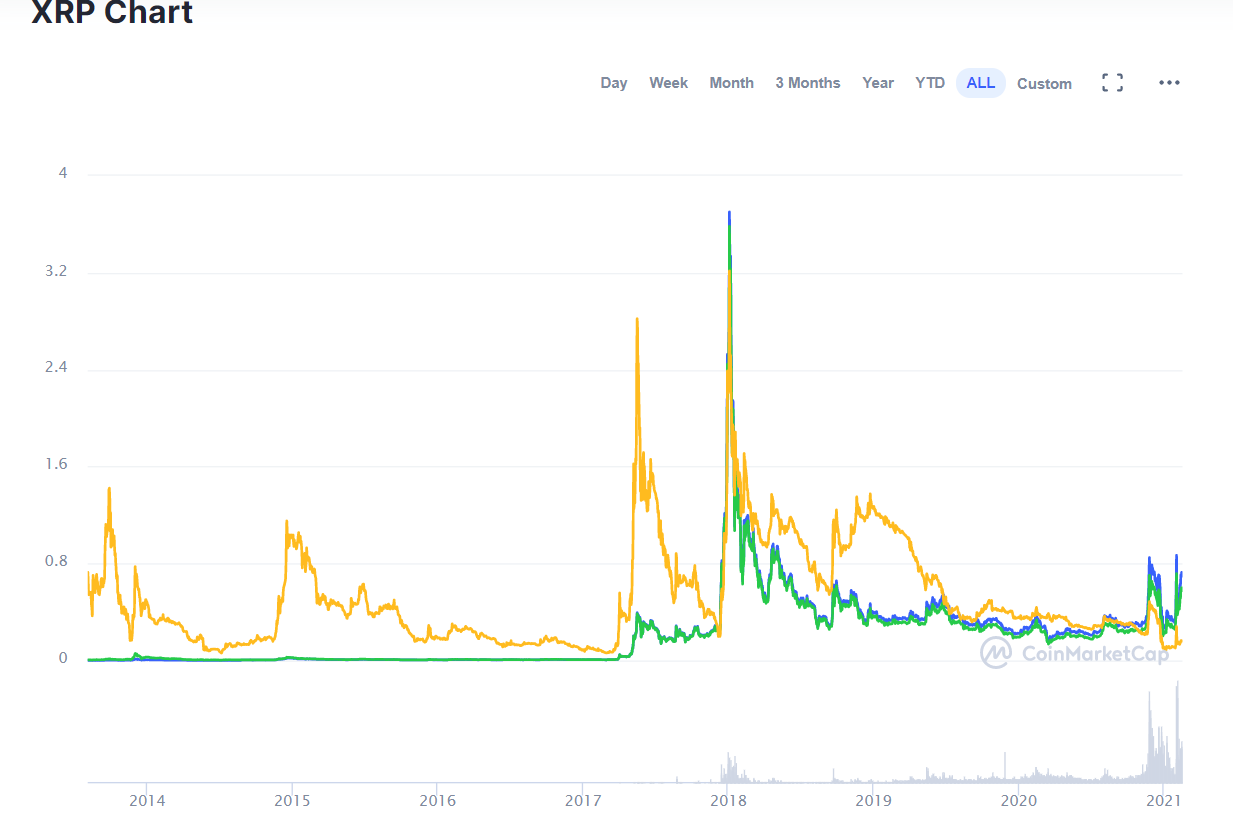 Its performance in price value was not good too especially later in Dec 2020 and at the beginning of Jan 2021. It has recovered that loss to a great extent but it is still surrounded by bearish sentiment.

At the time of writing, the price of XRP is trading down by 5.45 percent in the last 24 hours while holding at around $0.57. XRP is expected to break the resistance at $0.60 in the coming few days.

The famous decentralized finance (DeFi) exchange Uniswap’s native governance token UNI is currently trading in the bearish zone. Last week, it entered the $0.20 range but since that, it is consolidating in this range. It is only a few steps away from reclaiming its all-time high but due to the bearish sentiment, it is unable to do so. At the press time, it is trading at $20.40 with a change rate of -7.63 percent in the last 24 hours. 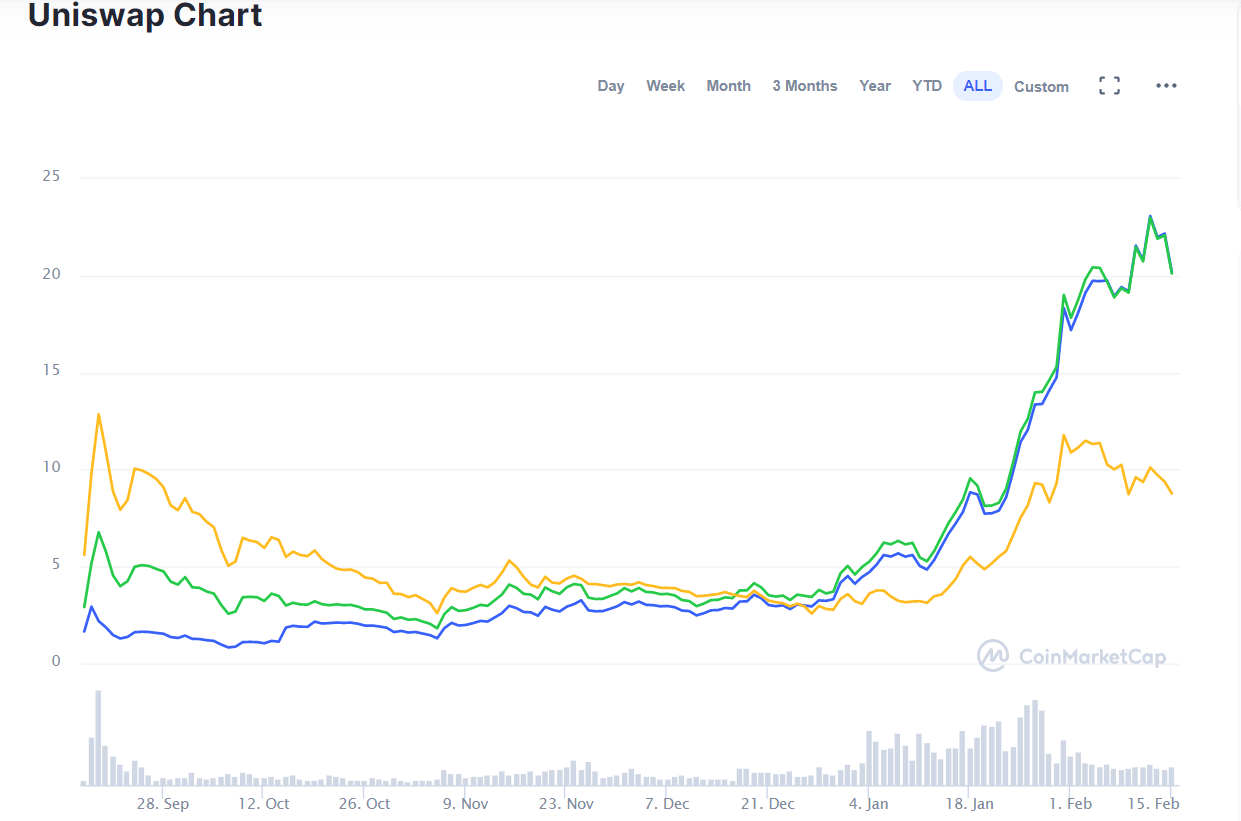 For the past couple of days, the price value of Tezos’s XTZ is trading in the bearish territory. It has tried to get rid of the bears but has not found any success. Currently, the price of XTZ is $4.74 and is trading down by more than 7 percent. 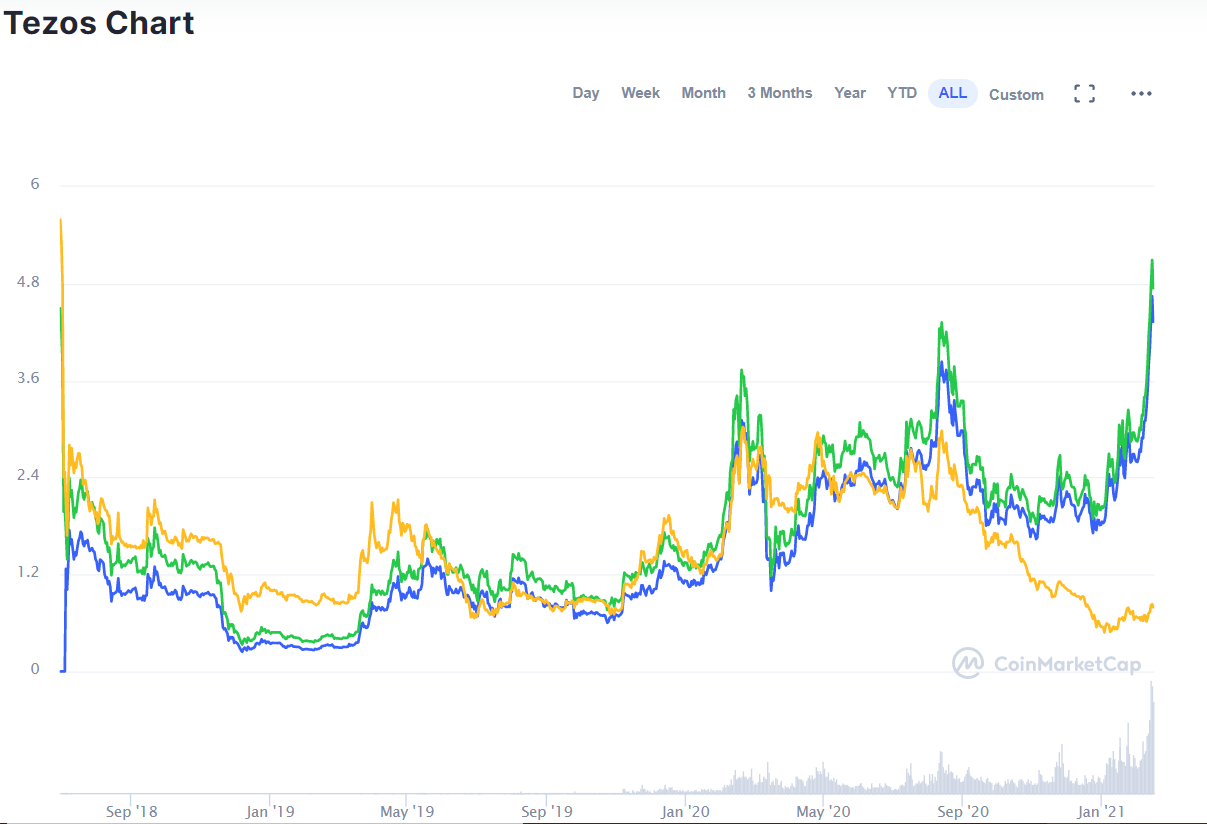 Like the first three aforementioned altcoins, 1inch (1INCH) is also in the grip of bears as the coin’s price value is bearish at the moment.  It is standing at $5.05 at the press time but with a negative change rate of 8.10%. 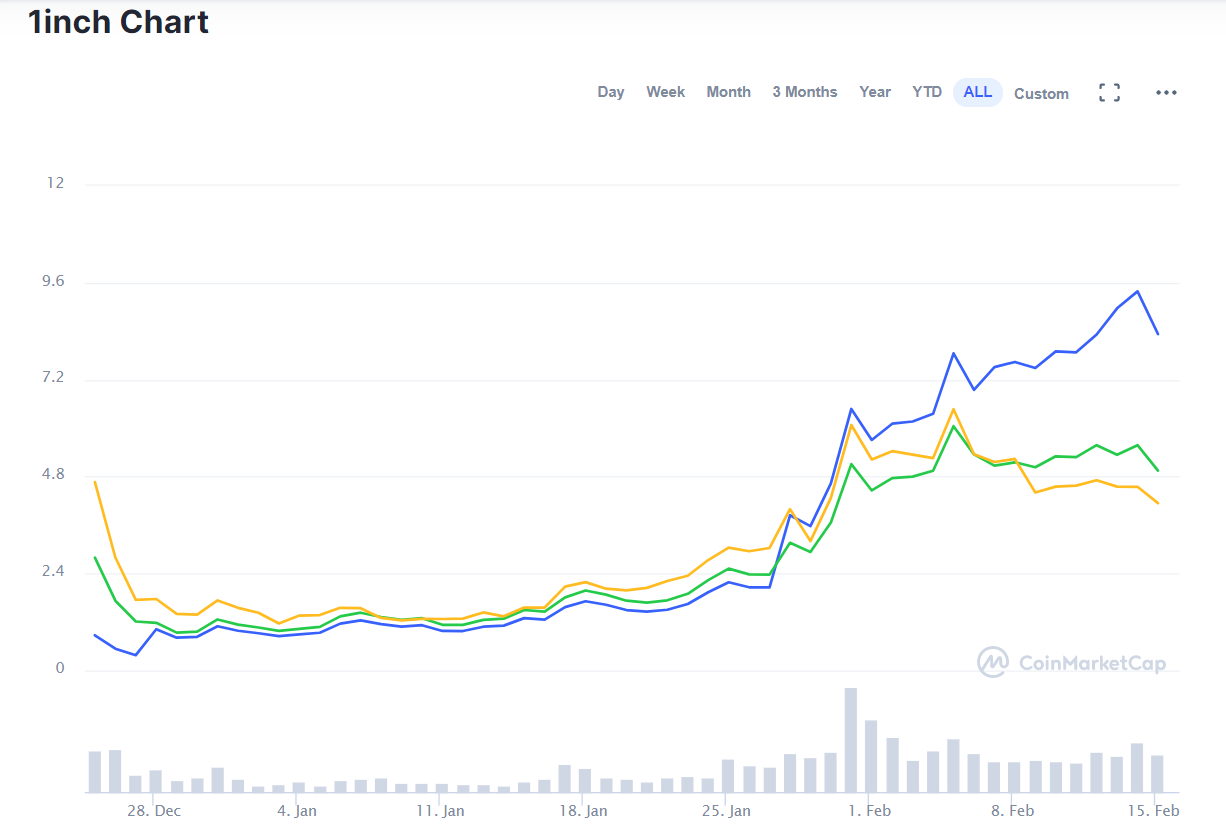 The Lawsuit has Went Exceedingly Well, Even Better than the Expectations, States CEO Ripple