Sandbox price has sustained its rally unbothered by the retracement that gripped the crypto market last week. The blockchain-based metaverse token has broken an unbroken winning streak, with approximately 866% gains over the last one month. If the uptrend stays intact over the next few days, SAND may make the ultimate move towards $10.

The Sandbox price rose to $7.41 record high after rallying 24% in the past 24 hours, after bouncing off the recently established support at $5.357. The move has taken the year-to-date and yearly gains of SAND to nearly 19,372% and over 15,340%, respectively, with its market capitalization crossing above $7billion, making it the 41st-largest coin in the crypto sector according to market capitalization.

SAND’s dramatic price jump at the end of October was primarily triggered by Facebook announcing it was changing the name of its overarching company to Meta. This and other fundamentals are responsible for the sustained rally.

The already impressive SAND price rally has been fueled by the much-awaited alpha release of the Sandbox game on November 29.

This play-to-earn game is expected to allow 5,000 players to earn a variety of rewards including Non-fungible tokens (NFTs) and up to 1,000 SAND tokens (currently worth $7037) as they spend time across Sandbox’s 18 virtual experiences.. Play-to-earn games in the metaverse continue to increase in popularity, and are the of the reasons behind increase investor interest in this top metaverse crypto.

Get ready for The Sandbox Alpha!
📅 Launching November 29th
🌍 Anyone can experience the Alpha hub and three experiences
🔷 5,000 Alpha passes giving access to content, NFT, and 1,000 SAND!

Another reason behind Sandbox price rally could be a possible partnership with adidas. On November 22, Adidas revealed on Twitter the potential to build a so-called “adiVerse” with support from The Sandbox.

“Hey @adidasoriginals, impossible is nothing in the Metaverse. What if we invite all of the original thinkers and do-ers to design our future together?”

Its possible that this was a planned exchange and if Sandbox secures Adidas as a potential partner, this would be a huge development for both parties.

Sandbox continued with its over three-week rally going against rambling corrections across the market. Crypto’s in the top ten ranked by market capitalization struggled to keep their heads above the water over the last week as SAND refreshed new record highs.

The ongoing rally has seen Sandbox price record a new all-time high around $7.41 as seen on the daily chart below.

From the chart, it can be seen that the uptrend is still intact, especially with the Moving Average Convergence Divergence (MACD) higher above the mean line. A buy signal had also been maintained since November 16, and points to a positive outlook.

SAND is currently trading above the temporary support established at $5.35. For SAND bulls to sustain the rally and continue discoveries new prices, it must discover and hold on to this support. A daily closure above this level could see Sandbox price rise above todays ATH at $7.41 as areas above $10  becomes a possibility.

Though the relative strength index (RSI) appears overbought at 86.14, there still room for increased buying before the bullish momentum runs out of steam.

Can SAND’s Bullish Narrative Be Invalidated?

Though the RSI is upward moving, it has formed a bearish divergence since the beginning of November. This means that the bears are determined to pull the price down as the momentum un the move to the upside slows down.

This means that we may see a correction in the short-term. Following the chart, failure for Sandbox price to discover support at the $5.357 level could trigger massive sell orders that may pull the price towards the $5.00 psychological level.

A further drop below this point could see SAND/USD display a deeper correction to $4.193 or the moving averages below it.

It is worth noting that the oversold RSI is shining a light on this bearish outlook. Hence, investors are advised to tread carefully to avoid bear traps even as the fear of missing out (FOMO) grips the market.

Where to Buy SAND

If you are looking for a hassle-free way to buy cryptocurrencies such as The Sandbox, global crypto exchanges such as eToro is worth a look. Read our guide on the  best trading platforms for a review of eToro to find out more about the pioneer on social trading.

There are no trading fees, with the platform making its money in the spread between the bid and ask price. The minimum trade size for crypto assets is $25.

Looking to buy or trade The Sandbox (SAND) now? Invest at eToro!

Your capital is at risk 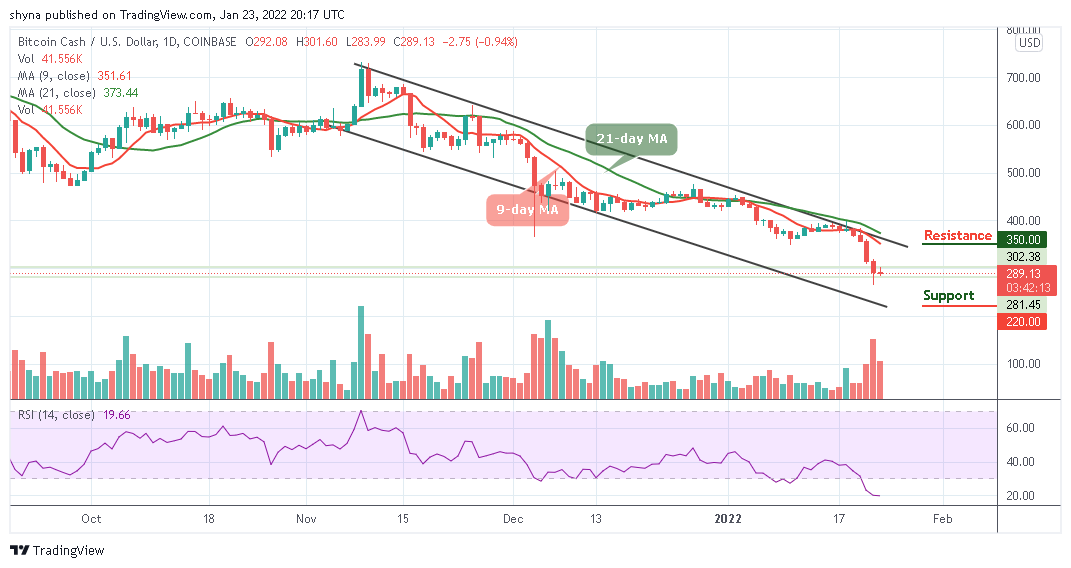